Sand, gravel, backfill, limestone and concrete and asphalt aggregates go into residential and commercial developments, sewers, roads and pedestrian walkways. And a variety of specialty products come into play, such as rip rap for lakeshore and riverbank stabilization, pea gravel for landscaping or dog runs, and processed sand to provide traction on icy roads.

L. Chabot Enterprises vice-president Nicole Chabot says the family company has provided single loads of aggregate for mom-and-pop projects, and it has supplied and placed hundreds of thousands of tonnes for major highway projects.

It supplied products and services for both the Red River Floodway and the floodway expansion and is a primary aggregate supplier for City of Winnipeg Public Works projects and municipal aggregate and gravelling programs throughout the capital region.

During construction of CentrePort Canada Way, Chabot supplied over 600,000 tonnes of material that met specific electro-chemical property requirements for mechanically stabilized earth walls for the project.

“Our industry has some pretty high quality standards. There’s quality in the products, there’s responsibility in the extraction … it’s a lot more complex than you might imagine,” she says.

“We’re always looking for new technologies, new products and services that will put us at the cutting edge of the industry, but also allow us to extract responsibly. At the end of the day we have to keep in mind that we’re working in a community and we’re part of that community.”

Chabot and James Kaskiw, area manager for LeHigh Inland Group of Companies, point out that pits and quarries are long-term operations that span multiple generations. Workers tend to live in the communities where they operate, and businesses and municipalities benefit from having affordable aggregate resources in close proximity to local infrastructure projects. Chabot witnessed that first-hand when her company opened a new pit in Gull Lake in 2011. 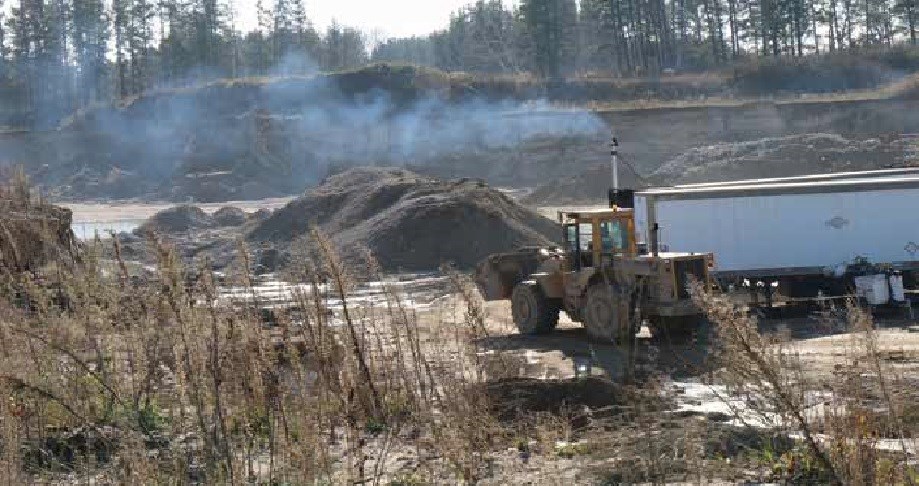 Kaskiw says the province’s Mines Branch has set apart tracts of land which are deemed aggregate extraction areas, and where no other development can take place until deposits are depleted. Through Manitoba’s Pit & Quarry Rehabilitation program, an environmental levy on aggregates provides funding for site remediation. However, there are occasional conflicts with neighbours.

“Sometimes these pits are in areas where we’re surrounded by residents,” Kaskiw says. “A good portion of our time is spent to ensure that we are able to extract the aggregate in harmony with the people around us.”

Often, aggregate mine sites are attractive to trespassers who see them as playgrounds for swimming and riding recreational vehicles. But they’re workplaces where safety is a priority.

“There are inherent dangers in some of these areas — there’s some deep water, there’s some unstable slopes,” Kaskiw says, adding his company has hired security guards to patrol idle sites.

Kaskiw, whose company provided aggregate for Investors Group Field, MTS Centre, IKEA, CentrePort Canada and other prominent projects, says limestone extraction requires blasting and drilling, which is another potential source of conflict with residents. However, he sits on a local committee that meets monthly and includes citizen-representation to address any concerns that arise.

"I’m extremely proud of some of the work that’s gone on in that area,” he says. “We can always strive for improvement, but I really look at that particular quarry committee as an ideal situation for harmony between producers and residents.” For example, following complaints earlier this year, the committee admonished some operators to adhere to strict guidelines that govern operating hours.

As well, producers participate in the annual Stonewall Quarry Days celebration. This summer, they provided guided tours of quarries to educate residents about the sites and remove some of the mystery surrounding them.

“I think that speaks to the desire of our industry to give back and do things for the community,” she says. “We’re not just here to extract and move on.”

ABOUT US
SERVICES
MATERIALS
PROJECTS